Tour the Apache Trail from Phoenix and experience the wonder of the Superstition Mountain Wilderness, Tortilla Flat, Goldfield Ghost Town and the scenic Dolly Steamboat Cruise on Canyon Lake.

Only a short distance from the Phoenix metro area, touring the Apache Trail and the Superstition Mountains is the perfect way to experience the beauty of the Sonoran desert. The Apache Trail was Arizona’s first designated “Historic Highway” and is also considered a scenic byway. The original Apache Trail was a footpath through the Superstition Mountains and now is one of the most scenic drives and best ways to experience the Sonoran Desert.

The Apache Trail Day Tour from Phoenix operates on Wednesday, Friday and Sunday departing from Phoenix/Scottsdale between 8:00am and 9:00am, and returning between 4:00pm and 5:00pm. 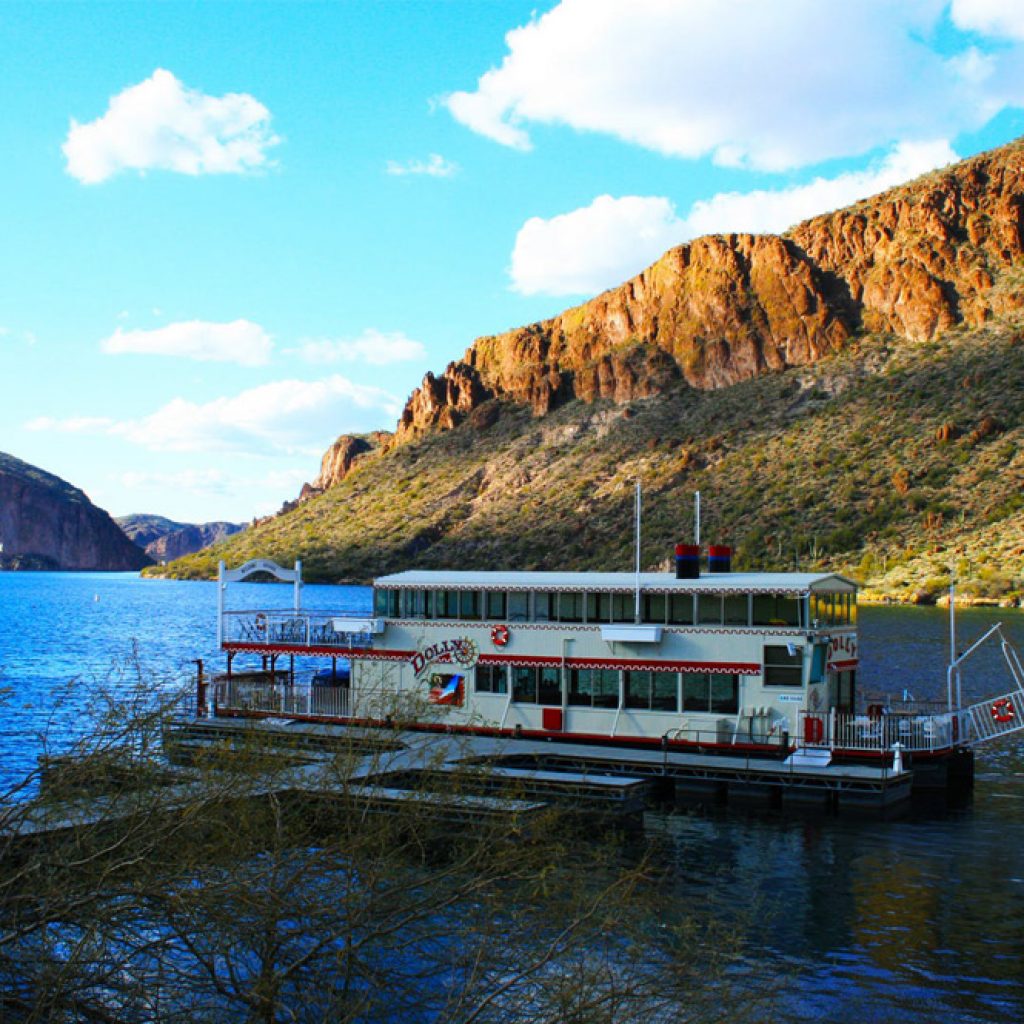 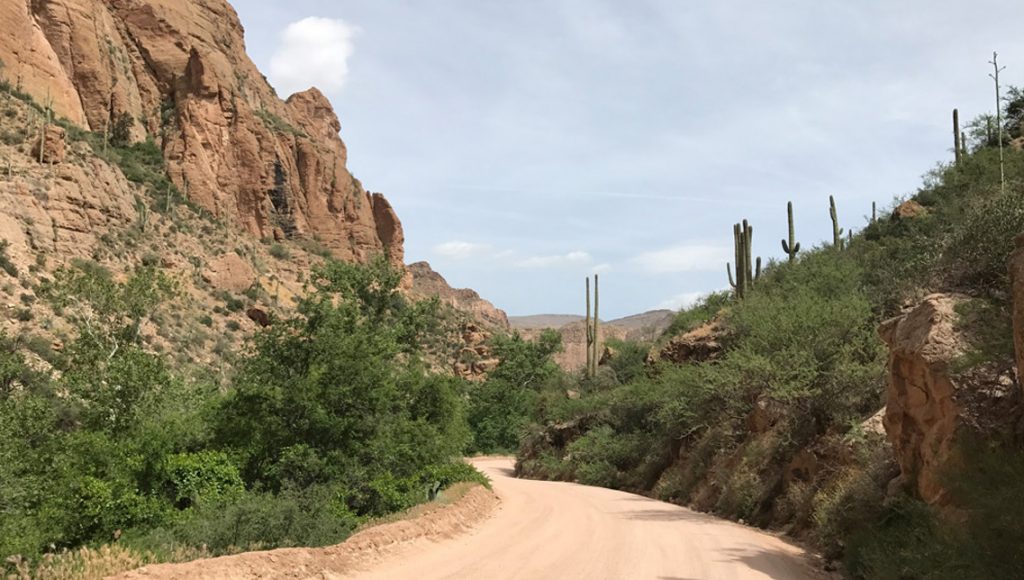 Departure Location:
Select hotels in the Phoenix, Scottsdale, and Tempe area*
*In efforts to cut down on the amount of time it takes to do pick ups, we may need you to meet at another hotel. Our office will contact you upon booking. Only minutes from the city, the Apache Trail is the perfect way to experience the beauty of the Sonoran desert. Arizona’s first designated “Historic Highway” and a scenic byway, the original Apache Trail was a footpath by which the local Apache Tribe traveled through the Superstition Mountains. Two of the more colorful stops along the Apache Trail are Goldfield Ghost Town and Tortilla Flat.

Goldfield, aptly named after the precious metal found in the area, was incorporated in 1892. For five long years this town was a gold miner’s paradise, however, soon after the vein stopped producing Goldfield quickly turned into a gold mining ghost town. During the tour you will have a chance to spend time in this restored ghost town practicing your gold panning techniques, marveling at the original mining gear, or even spending some time at Lu Lu’s Bordello if you dare.

Tortilla Flat has become a fixture of the Apache Trail since its inception in 1904. Not fire, drought, or bandits could destroy this hearty stage stop which holds onto its rich tradition through its architecture and unique decorating sense. If you get too warm, you can quite literally “saddle up” to the bar and enjoy a cold beverage to cool you down. This rugged landscape in the Sonoran Desert has been the jewel that some men were looking for with the most famous involving the Lost Dutchman Mine. Rumored to have found the largest gold vein in the west, German immigrant Jacob Waltz trusted his newly found gold deposit to no one and the secret of its location was buried with him. If you have the “golden eye” maybe you can spot it while on tour!

During your tour along the Apache Trail, you will also be treated to a steamboat cruise on Canyon Lake by the famous Dolly Steamboat. As part of the six mile narrated nature cruise, there may be opportunities to see bighorn sheep, bald eagles, and a host of other desert animals as well as unforgettable views of 1,300 ft. volcanic cliff walls of Canyon Lake.

Temperatures in the Superstition Mountains vary by season. We recommend our guests bring jackets in the event of changing weather patterns. How long is the Dolly Steamboat ride?

An hour and a half.

Pick up times range from 8am-9am. We will contact you between 4-6pm the evening before the tour to confirm your exact pick up time.

We recommend closed-toed shoes year round. During the winter, we recommend pants and jackets.

Embark upon Phoenix & Scottsdale City Tours in one of the most diverse cities in the nation.

From community gardens to olive mills, the Arizona Fresh Foodie Trail® Tour takes you on a guided journey of agritourism through Mesa, Queen Creek and Gilbert.

On this guided day tour of Tombstone, Arizona, explore the “Town Too Tough To Die” and its classic western history like the OK Corral.