Living in the Southwest means that there is no shortage of Ghost Towns. From mining to cowboys, the stories that flow from these towns can be both fascinating and downright spooky depending on who you ask. With Halloween coming up later this month, how else would you want to spend your October than learning about the supposed haunted history of the Southwest with DETOURS as your guide? During the winter of 1949, a group of pioneers got lost in what we now know as part of the California desert. Once rescued, one of the settlers made a statement that would forever change history and aptly named one of the most iconic areas of the Southwest. According to the National Park Service, as the pioneer looked back over the valley, he said “Goodbye, Death Valley” securing the name for this landscape for decades to come. Death Valley may seem spooky just from its name, but what many people don’t realize is that it is one of the most peaceful places, albeit a bit warm. One of the must-see sights of Death Valley National Park is the Amargosa Opera House and Hotel. Built during the 1920s when the Borax mining business was booming, this building has held many purposes over its 90 years. Between housing workers and visitors, becoming the site of a general store, a hospital, and most recently the opera house there are multitudes of stories, some spookier than others, that come with this historic location. If you truly want to get into the October spirit, book a private Death Valley Tour from Las Vegas and add an extra stop to the old mining town of Rhyolite just outside of Beaty, Nevada. With stories of ghosts, miners, and old ruins to explore this is a town – and tour – you won’t want to miss! While Zion National Park may not be the spookiest place on our haunted history of the Southwest tour, it is scary just how beautiful it is in October when the leaves begin to change color. Seeing the red, yellow, and orange leaves against the colorful stones that make up Zion is one of those bucket-list moments that you won’t want to miss. Zion has so many hiking trails to choose from, you will never be bored. Some of our favorites include Weeping Rock, Emerald Pools, and Riverside Walk. These three hikes let guests of all hiking capacities get a glimpse of why the original Mormon settlers named this place after a word meaning sanctuary. On a DETOURS Zion National Park Tour from Las Vegas, expect to see all that Zion has to offer on a nice day tour that includes lunch at the Historic Zion Lodge. However, if you can’t get enough of this beautiful location, you can always book an overnight tour and extend your hiking excursion and see the sunrise over the vibrant landscape. If your bucket list includes trips to towns that encompass the Old West and its more modern incarnation in one special location, then look no further than Nelson and the Techatticup Mine tucked into Eldorado Canyon. This town and old mine is located just south of Las Vegas and makes for an amazing half-day adventure! On DETOURS Eldorado Canyon Mine Tour from Las Vegas get the best of both worlds by learning about the history of the town of Nelson and the Tehatticup Mine, as well as the pop culture events that took place here such as music videos and movies. Get to explore an old gold mine and hear tales of what the Wild West truly meant. With its integral ties to the old west, Arizona has its fair share of towns and cities that contain stories that are bound to fascinate you. One of the most common places people say when they think of Arizona is that of Tombstone, the “Town Too Tough To Die.” Home to the infamous O.K. Corral and the Bird Cage Theatre, this town has its fair share of stories to place it on the top of people’s lists for visiting iconic locations of the Wild West as well as supposedly being haunted. With former residents such as Big Nose Kate and Wyatt Earp and frequent shootouts, it is understandable why many people believe and tell stories about this Southwest place having restless energies as well as a haunted history. This location has even attracted the Ghost Adventures crew on Travel Channel to come and investigate this supposedly haunted location in the Southwest! On our Tombstone tour from Phoenix, take a trip into the past and see the Southwest’s best-preserved mission along with seeing some of the most notorious buildings in Tombstone. Sedona, Arizona is known for its beautiful red rocks, unique church, and for its abundance of Native American Ruins. It’s almost scary how much we love this city. One of the most historic locations that you visit on your DETOURS Sedona Red Rock Tour is that of the ruins at Montezuma Castle National Monument. Built by the Sinagua Tribe approximately 1,000 years ago, this breathtaking cliff-dwelling is a perfect place where the past meets present. While exploring Uptown Sedona, wander into one of their many shops that offer psychic readings and experience the past meeting the present. One of our favorite ways to explore Sedona is with a Jeep tour that takes you out to see a famous Sedona Vortex up close in person. These vortexes are said to be epicenters for energies that are conducive to healing and meditation. Many people who visit these locations feel recharged and uplifted afterward. If this sounds up your alley for a relaxing October Vacation, then we got you covered!

Haunted History of the Southwest Tours with DETOURS

From the beautiful to the spooky, DETOURS has all your October vacation needs! Whether you want a peaceful and healing trip to Sedona or something more on the wild side like Tombstone, or maybe you want a little bit of both with Death Valley look no further. All tours can be customized to reach their full potential of what your heart desires. 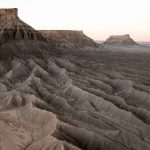 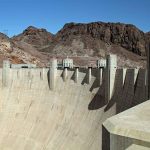